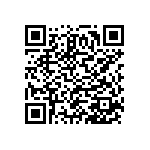 NBA GENERAL MANAGER 2018: THE OFFICIAL LICENSED MANAGER from NBA 2018! Download the best basketball manager game for FREE! Lead the Cleveland Cavaliers, Los Angeles Lakers, Golden State Warriors, Oklahoma City Thunder, Chicago Bulls, San Antonio Spurs, Indiana Pacers, Boston Celtics, Miami Heat, New York Knicks and all the other NBA teams with best players like Lebron James, Dwyane Wade, Carmelo Anthony, Stephen Curry, Kevin Durant, Kyrie Irving or James Harden and be the best General Manager of the 2018 NBA live! LINE UP your 2018 basketball dream team NOW!NBA General Manager 2018 brings you the real feeling of crushing your unpredictable opponents by lining up your dream squad. Sign guards, centers and forwards of the Los Angeles Lakers, Cleveland Cavaliers, Golden State Warriors, Oklahoma City Thunder, Chicago Bulls, San Antonio Spurs, Indiana Pacers, Boston Celtics, Miami Heat, New York Knicks and other franchises. Get the best superstar basketball in your astonishing team! All can be found in the most addictive basketball manager game – the new NBA General Manager 2018!There are three modes that you can choose from: head-2-head games, tournaments, or league, get equipped for your team to be unbeatable in this astonishing game. Offense wins games, but defense wins basketball championships. Get your tactical strategy in all the tournaments to lineup your dream squad and make a slam dunk basketball. The value of your players is the core of NBA General Manager, it’s real! These values vary according to their performances in real-life games, make sure that you get all superstar basketball you need to create your very own dream squad. This is the chance to get 2018 NBA players like Stephen Curry, James Harden, Dwyane Wade, Carmelo Anthony or Lebron James and lead the greatest franchises basketball teams such as the Los Angeles Lakers, Golden State Warriors, Chicago Bulls, San Antonio Spurs, Miami Heat, New York Knicks or Cleveland Cavaliers.With NBA General Manager 2018, you can play and challenge your friends and other users. In this strategic game, you work hard to get superstar basketball and build the best basketball team ever, win big games and beat your forceful opponents. Your own astonishing team, all astonishing tournaments of NBA playoffs, thousands of forceful opponents! NBA live!FIND OUT WHY THE FANS AND CRITICS LOVE THIS NBA basketball manager game★ Officially licensed from NBA 2018★ Lineup your dream squad with the greatest players to beat your opponents★ Various options for competing against your unpredictable opponents: head-2-head games, tournaments, or the league★ The players’ value reflects their true performance which helps you determine which basketball star to lineup and get to high-ranked matches★ Real games against your friends or thousands of other forceful opponentsThis application needs you to accept the Privacy Policy and the Legal Notice. It contains ads of From The Bench, SL and of their partners, in-game ads and reunites data through analysis technology and the delivery of third-party advertisements including the location based on the network and GPS. It also contains direct links to social networks for those older than 13 years of age as well as direct links to the Internet.If you need any assistance from our support team, contact us at: www.fromthebench.zendesk.com.To meet other game users and stay up to date on all news about the game, visit our forum at: www.fromthebenchgames.com/forums.Check us out on Twitter at: https://twitter.com/fromthebench?lang=enCheck us out on Facebook at: https://www.facebook.com/fromthebenchgamesDownload the game NOW and start your journey to become the BEST basketball manager in the OFFICIALLY LICENSED NBA General Manager 2018!
NBA GM 16 APK-Versionshistorie